The wheels of government move slowly…
but they do move…
and sometimes, if you insist on standing still, they’ll run over your toes!

This story has been a long time brewing.  I’ve written about it before, here and here.

The story made the Powell River Peak in March 2018 under the headline “City of Powell River hits roadblock with land commission“.   Three weeks later I appeared as a “delegation” before the Committee of the Whole (COW).  My presentation was perhaps optimistically entitled “a possible resolution of ALR woes“.

You can view it by clicking on the photos at right.  In retrospect, it wasn’t my best effort.  I went over-time and got bogged down in historical detail.  I should have started with the solution first.  In any event, the idea flew like a lead balloon and didn’t land well.

My idea was a what-if?
What if the collective “we” went back to the Commission and said:

“listen, we messed up…we really did…but hey…
Rather than point fingers or inconvenience hundreds of people who use that road daily by tearing it up…not to mention the huge costs involved in doing that…
Why don’t we build that treatment plant on the Old Golf Course just as we planned…and then ask to transfer the remainder of those lands into the ALR?
Wouldn’t that be a more appropriate, progressive, scientifically-valid, and mutually-beneficial penalty that completely acknowledges our screw-up?
Pretty-please?”

So here we are six months later.  It’s November.  Just when I should be thinking about important things like Christmas Bird Counts and Black Friday and such, fate intervened.  Several documents found their way into my mailbox.  They are as follows:

I encourage readers to examine all of the documents in full.  If you’re in a hurry, perhaps the key point is best expressed on page 4 of the Remediation Order, which states: 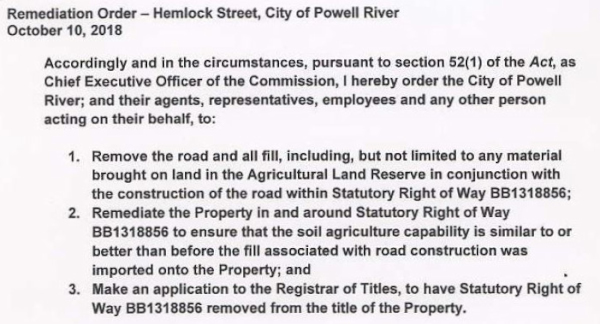 There’s even a deadline.  Or, more precisely, two deadlines:

Now that’s gonna leave a mark.
In financial, legal and (most stupidly of all) in ecological terms.
Personally, I think mine would have been a more elegant solution…

But that’s just my opinion

Now, about that Christmas Bird Count…

Hi everyone, thanks for having me. I’m here as a concerned citizen and taxpayer…and as an ecologist who values natural places 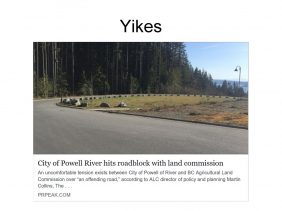 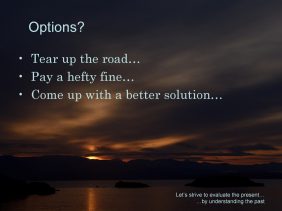 The way I see it, we have three options…but lets start by understanding what happened 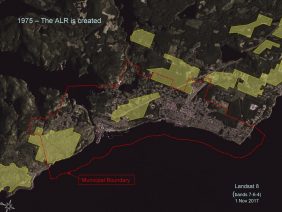 The ALR in 1975 was much larger than it is today 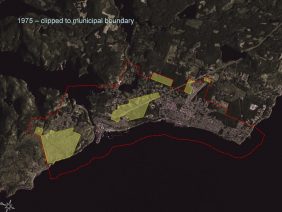 Let’s focus only on the ALR within city limits 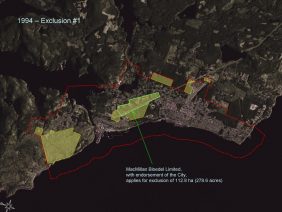 The first change happened in 1994, when then-landowner MacMillan Bloedel Limited applied for (with City support), and received approval to “exclude” 113 ha from the ALR. 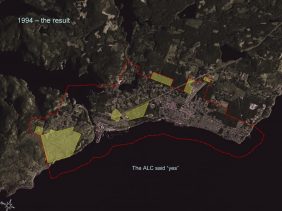 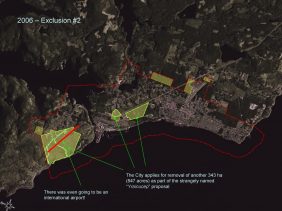 Fast forward to 2006 and the pecuniary-spelled-backwards” proposal 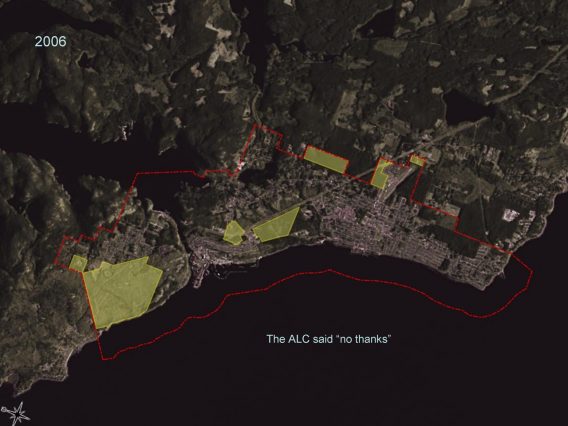 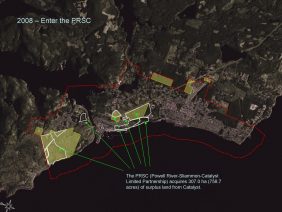 Enter the PRSC, which acquired a substantial chunk of land from Catalyst, much of which was in the ALR. 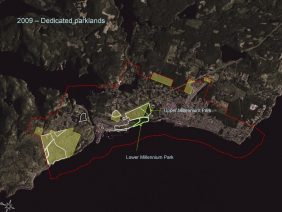 Note that what was to become “Timberlane Estates” did not involve ALR lands – except for the “looped road”.

In July 2009, the Land Commission approved subdivision of the ALR to facilitate creation of Upper Millennium Park. 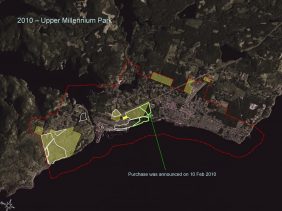 As part of the proposed “Sino Bright” school, the small “housekeeping matter” gained some attention… 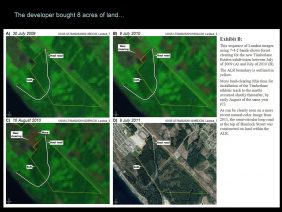 Basically, the developer bought 8 acres of land in June of 2009…and a year later almost 10 acres had been cleared. 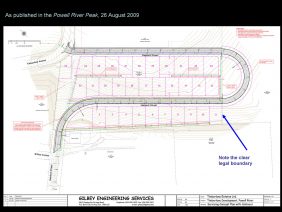 This image was published by the Peak on 26 August. From exif data contained within the image, it was last modified on 16 July 2009. Two things are obvious from it: 1) the semi-circular road was part of the original plan, and 2) the legal land boundaries were visible. 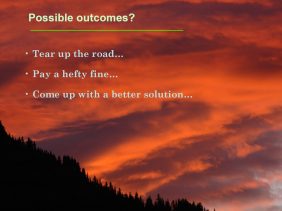 So. That’s where we’re at. What’s the solution? 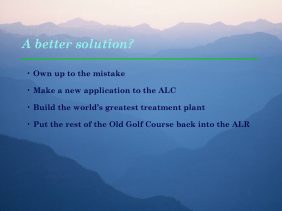 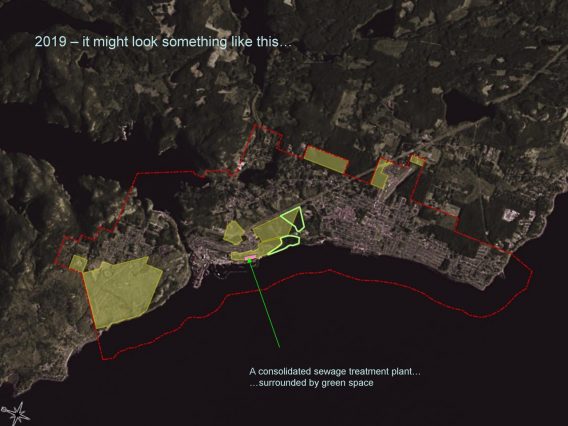 From an ecological perspective, putting the Old Golf Course into the ALR would regain some semblance of “landscape connectivity” with adjacent forests. Owning up to a mistake might help the community regain some credibility with the Land Commission. And maybe we won’t have to tear up the road!

Send me an email…

If you like this work, help me to do more of it...